Curcuma longa, more commonly known as Turmeric, has a long history of medicinal use, dating back thousands of years. In Southeast Asia, Turmeric is not only used as a spice but also as flavouring, dye and a component in religious ceremonies. Because of its amazing yellow colour, Turmeric is also known as “Indian saffron.” Although Ayurvedic medicine has long been using Turmeric, modern medicine has only recently begun to recognize its many unique health benefits, and to fully appreciate the extent of its healing potential.

The health benefits of Turmeric are largely attributed to its bioactive component; Curcumin, which offers therapeutic benefits that work to reduce inflammation throughout different systems in the body.

Curcumin offers support for many digestive conditions including IBS, and ulcerative colitis, via its anti-inflammatory effects, and its ability to secrete enzymes, which promote healthy digestion.

Curcumin’s action is attributed to its ability to modulate numerous signalling molecules such as pro-inflammatory cytokines, and C-reactive protein, to help control the body’s inflammatory response.

To date, research has focussed largely on the efficacy of Turmeric as a treatment for existing conditions, including psoriasis, arthritis, asthma, and many digestive conditions. However, it also holds huge potential when taken daily as a preventative, rather than a cure. We believe there is enormous potential for Turmeric to work well as a preventative when taken regularly, to reduce the severity of each disease, or potentially reduce the chance of a disease occurring at all.

We believe that Mother Nature designed plants perfectly and completely, and that no single compound within a plant should be used in isolation, but rather, the plant be left whole, and used in its entirety. There are also certain plants which when put together, work synergistically, to result in an outcome which is greater than the result that would have been achieved in isolation. Thus, ingesting curcumin alone does not lead to the greatest health benefits, due to its poor bioavailability. However, when curcumin is paired with piperine, (the major active component of black pepper,) there is an increased bioavailability, making the health benefits of curcumin more available for your body to use.

We have crafted a range of organic Turmeric teas, which have been designed to support your overall state of health and wellbeing. You can find our range of Turmeric teas in our online store here or from select retailers. 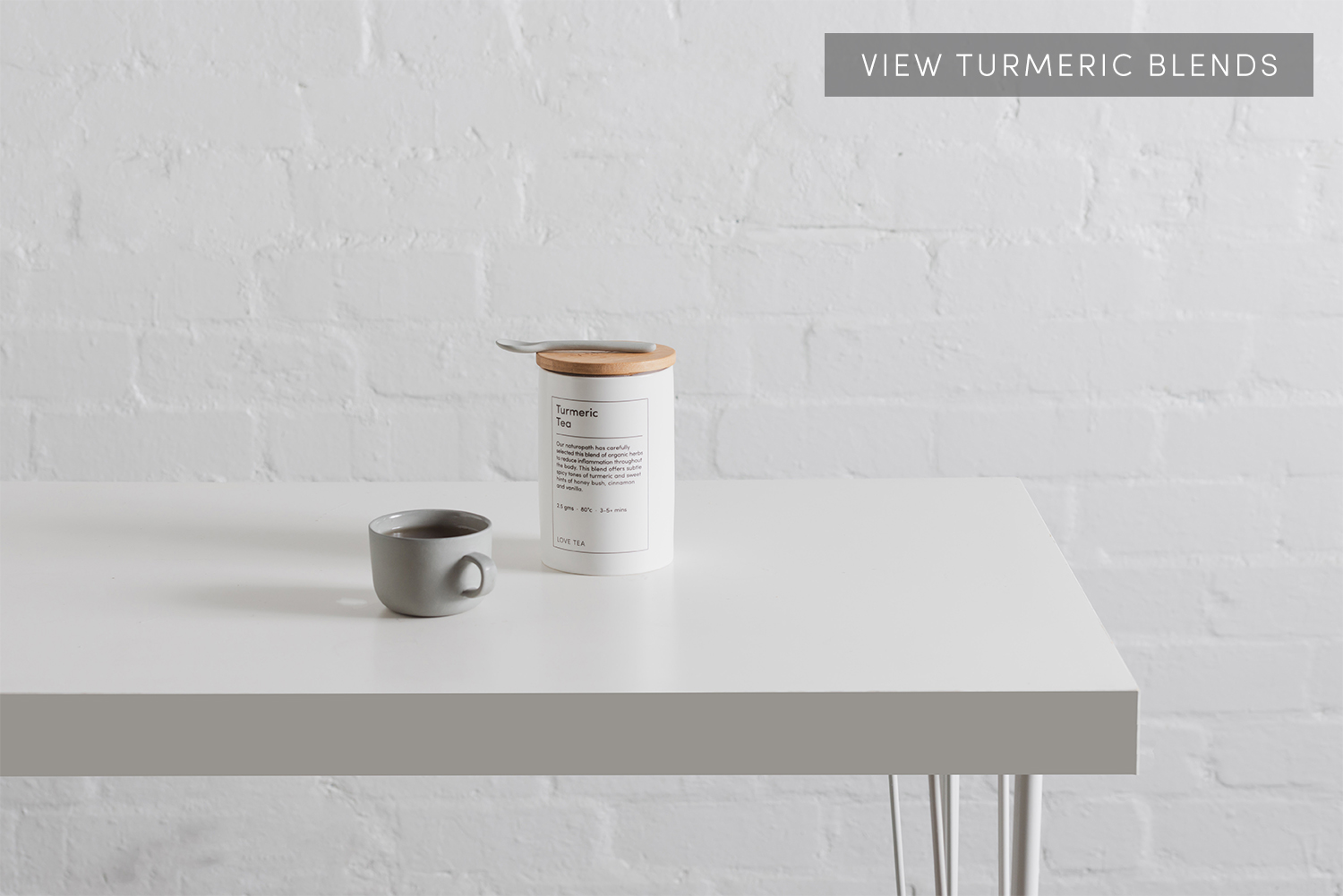